The Jewish People of North America 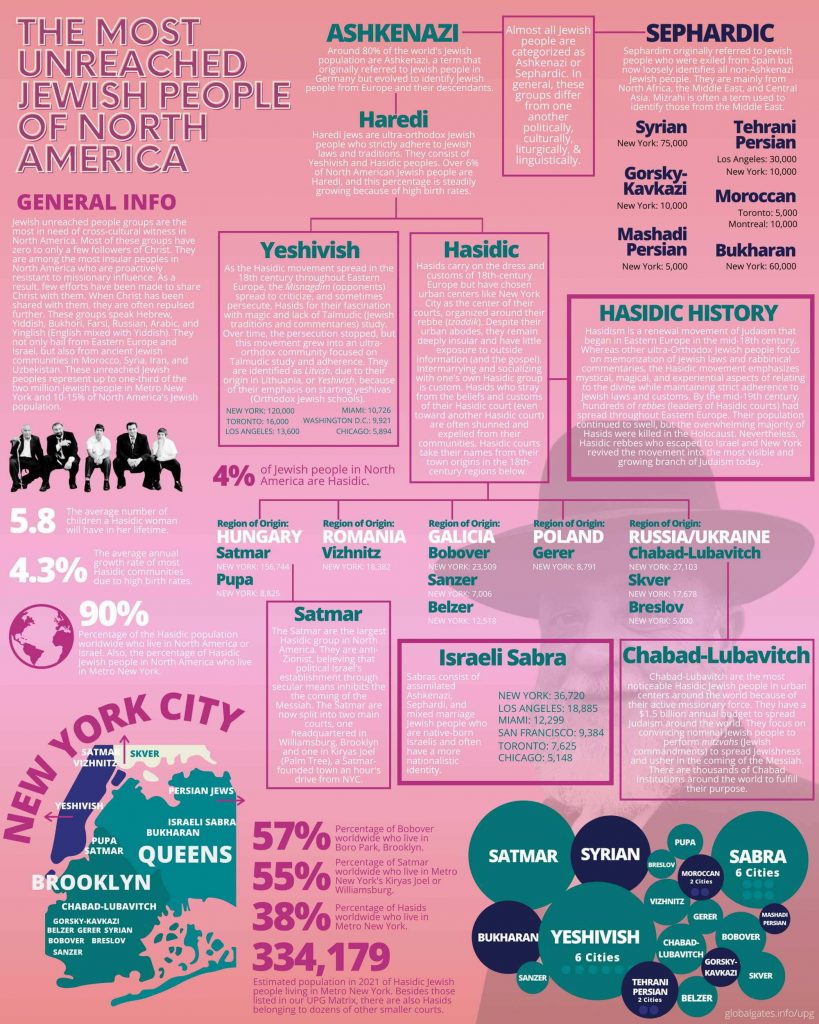 Jewish peoples are the most significantly unreached people groups in North America. They not only speak a variety of languages but emigrated here from around the globe (Middle East, Central Asia, Eastern Europe, and North Africa).

They lack a gospel witness in their communities, so the need for cross-cultural workers to provide an effective bridge from Judaism to Jesus is great.

This infographic provides important information about the various Jewish people groups in North America. It also pulls numbers from our UPG Priority Matrix to show where the highest concentrations are across the United States and Canada.