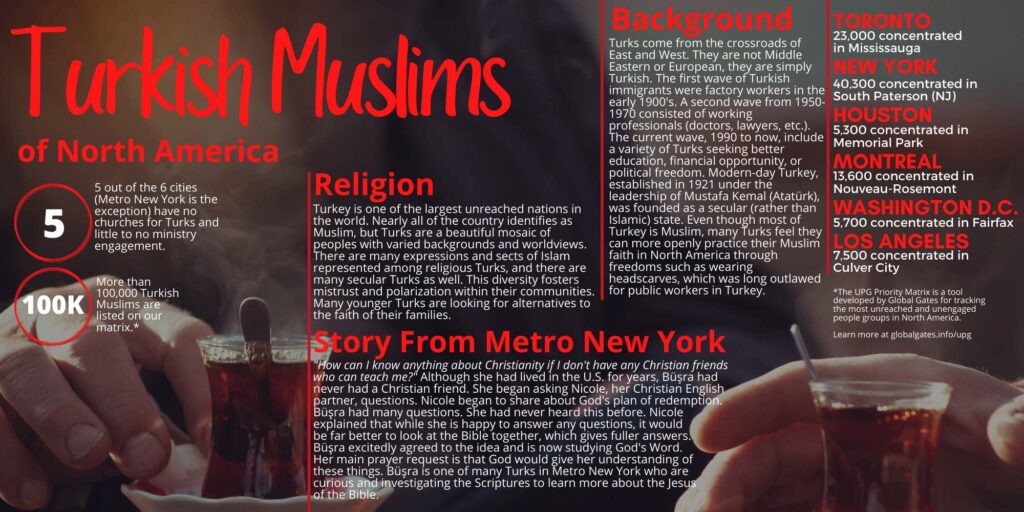 Turkey is one of the largest unreached nations in the world. Nearly all of the country identifies as Muslim, but Turks are a beautiful mosaic of peoples with varied backgrounds and worldviews. There are many expressions and sects of Islam represented among religious Turks, and there are many secular Turks as well.

The first wave of Turkish immigrants were factory workers in the early 1900’s. A second wave from 1950- 1970 consisted of working professionals (doctors, lawyers, etc.). The current wave, 1990 to now, include a variety of Turks seeking better education, financial opportunity, or political freedom. Modern-day Turkey, established in 1921 under the leadership of Mustafa Kemal (Atatürk), was founded as a secular (rather than Islamic) state.