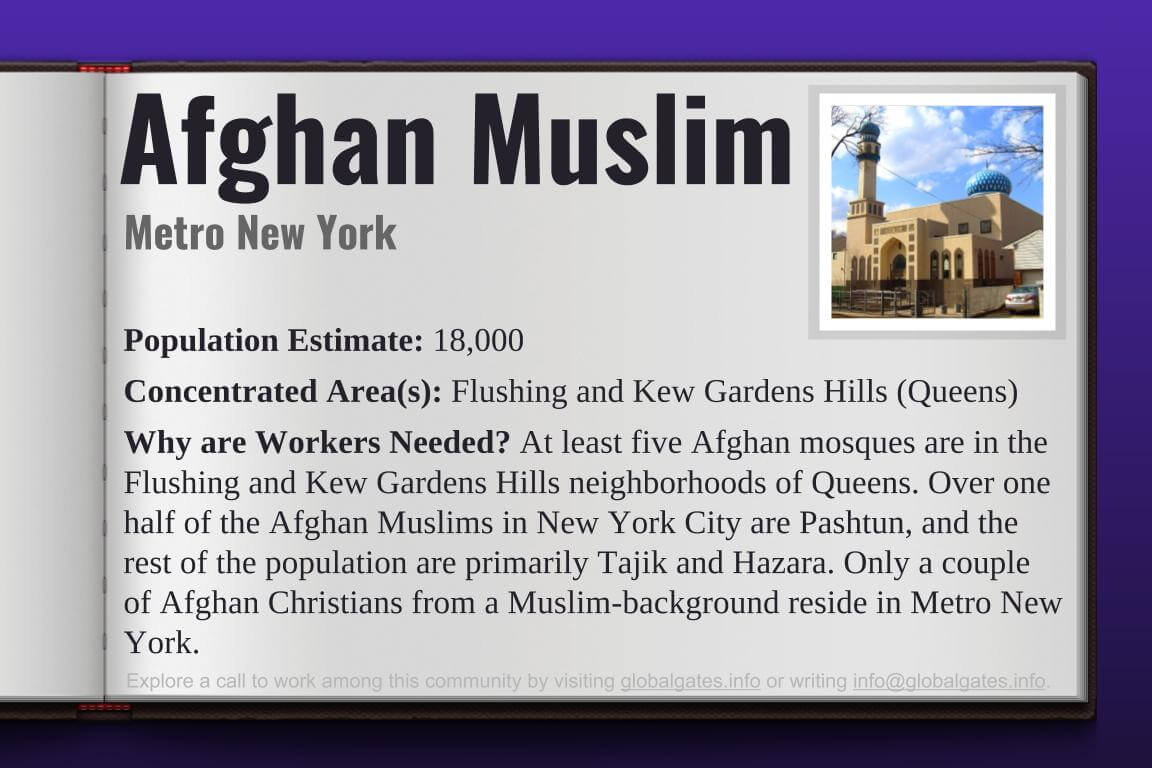 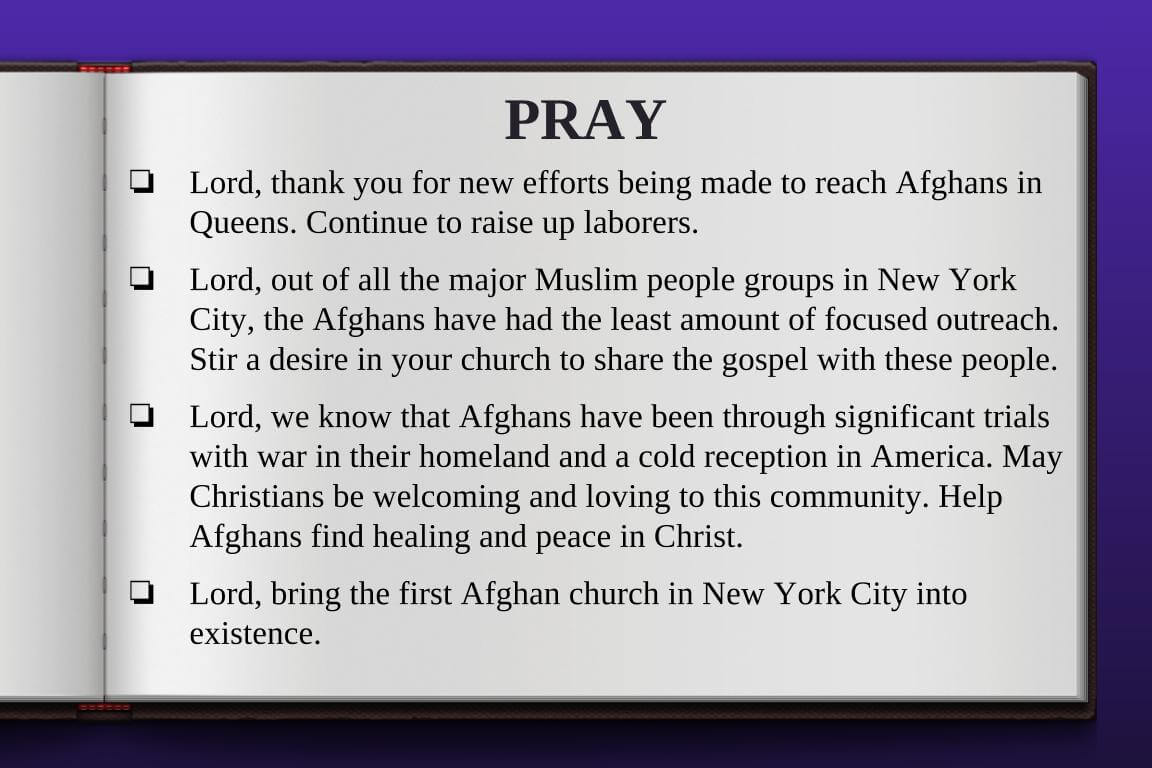 Why are Workers Needed?

At least five Afghan mosques are in the Flushing and Kew Gardens Hills neighborhoods of Queens. Over one-half of the Afghan Muslims in New York City are Pashtun, and the rest of the population are primarily Tajik and Hazara. Only a couple of Afghan Christians from a Muslim-background reside in Metro New York.

Lord, thank you for new efforts being made to reach Afghans in Queens. Continue to raise up laborers.

Lord, out of all the major Muslim people groups in New York City, the Afghans have had the least amount of focused outreach. Stir a desire in your church to share the gospel with these people.

Lord, we know that Afghans have been through significant trials with war in their homeland and a cold reception in America. May Christians be welcoming and loving to this community. Help Afghans find healing and peace in Christ.