For an introduction to Arabs in Metro New York, including more detailed info on Egyptians, Palestinians, and Yemenis, see our last blog. 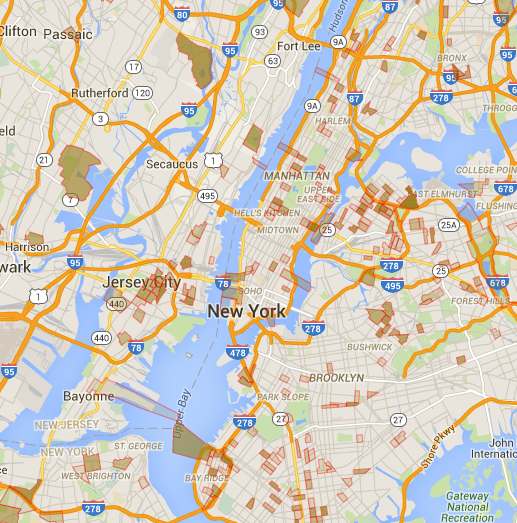 The Lebanese population in Metro New York has not been increasing as dramatically as the Arab groups already covered. The U.S. Census estimated 32,680 people with Lebanese ancestry in the metro area in 2000 and a similar number (33,153) in 2013. Most of the older Lebanese are Christian while the newer immigrants are mainly Muslim. I estimate today’s Lebanese Muslim population to number 20,000 in Metro New York with Bay Ridge being a major enclave. The map below skews the locale of the Muslim population because it includes the more dispersed Lebanese Christian population. The 2013 Lebanon-born estimate is 13,774 (ACS)—much smaller than the ancestry figures which reflect the long history of Lebanese immigration to the city. 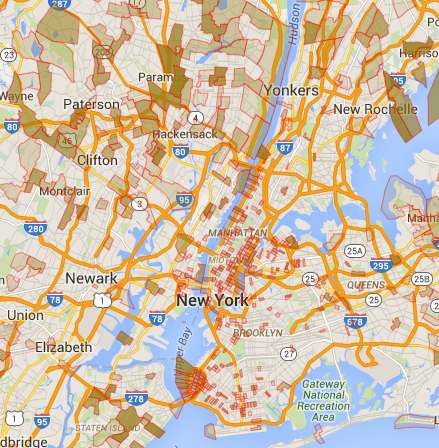 The Syrian Christian population is twice as large as the Syrian Muslim population in Metro New York. Like the Lebanese, Syrian numbers are plateaued in the city, with ancestry estimates at 26,279 in 2000 (census) and 28,789 in 2013 (ACS). The Syrian-born estimate is 13,962 (ACS 2013). I estimate the Syrian Muslim population to currently number around 15,000 in Metro New York. However, northern New Jersey has, so far, been one of the prominent resettlement sites for Syrian refugees in the country. With many more Syrian refugees expected to be admitted to the United States in the next few years, this number should rise steadily—especially in north Jersey. 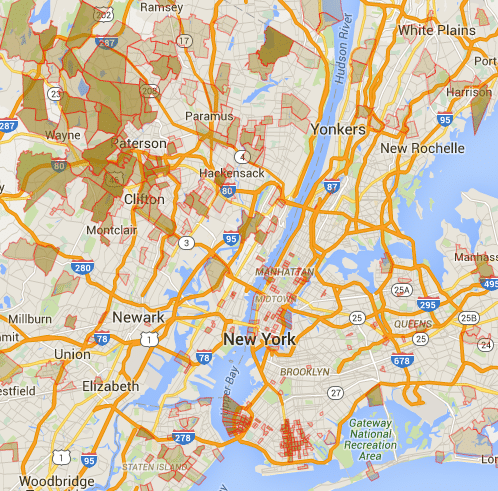 The Jordanian census estimates look odd. The Jordan-born number decreased from 6,819 in 2000 to 5,826 in 2013 (ACS). During the same time period, their ancestry numbers doubled, from 5,418 in 2000 to 11,382 in 2013 (ACS). I do not know how to make sense of those numbers. I would assume there were discrepancies in how the ancestry question was asked between the different years but we do not see the same discrepancy in other Arab ancestry estimates. And I doubt this Arab census anomaly occurred because Jordanians have a disproportionate amount of children compared to other Arab groups. I can’t explain it! The older Jordanian population in Metro New York is Roman Catholic, but the ancestry information should have remained fairly steady during that time period—especially with the foreign-born population decreasing. Most of the more recent immigrants would be Muslim. I estimate the Jordanian Muslim population to number 5,000 in Metro New York with Yonkers, South Paterson, and Bay Ridge being their main enclaves. 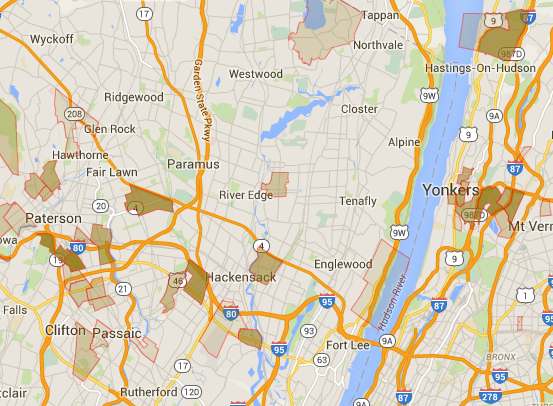