Two of the most volatile countries in the world over the last few decades, largely attributed to strict Islamic regimes, have been Iran and Afghanistan. Instable countries cause emigration which, in this case, has led to significant Afghan and Persian communities in Metro New York. Other Central Asian Muslim groups have been on the rise as well, often settling in enclaves where a majority of the people from their country are not Muslims but Jewish exiles. For instance, the largest concentrated Bukharan Jewish population in the world (from Uzbekistan) is in Rego Park and Forest Hills, Queens—easily dwarfing the number of Uzbek Muslims in the city!

Persian
A significant Persian population in Metro New York started developing right before Iran’s Islamic Revolution in 1979 and accelerated throughout the 1980s. With religious minorities such as Jews being some of the first to flee Iran, Metro New York quickly became a center of Persian Jewish activity. Persian Muslims sometimes settle in areas dominated by Persian Jews, such as Great Neck, Long Island, but are largely spread throughout the metropolitan area—especially affluent areas that are more suburban. With it being difficult to leave Iran today, Persian numbers in the city have plateaued, with 29,976 claiming Persian ancestry in 2000 and 31,212 claiming Persian ancestry in 2013. Taking into account community estimates that are much higher than census figures, as well as minority Iranian religious groups such as Zoroastrians, Jews, and Armenian Christians, I estimate that 30,000 Persian Muslims live in Metro New York today. 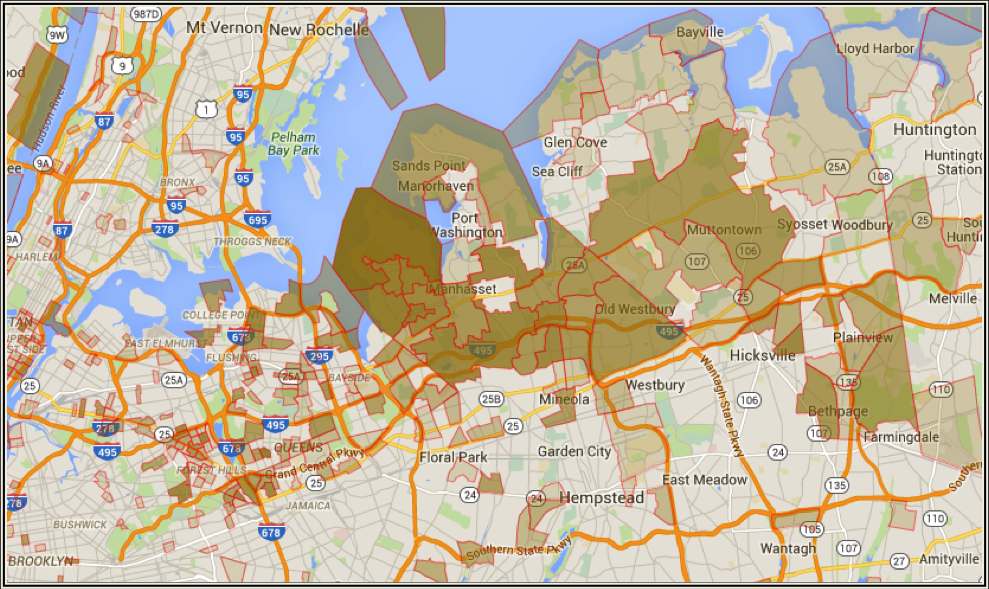 Afghan
Boasting at least five mosques in the neighborhood, Afghans have largely settled in the Flushing and Kew Gardens Hills area of Queens. Although the Afghan population consists of Hindu-Sikhs (complete with their own religious-hybrid temples), and Jews (an Afghan Jewish synagogue also exists near Flushing), around eighty percent of the Afghan population in Metro New York are Muslim. Over half of the Afghan Muslims in Metro New York are Pashtun with a majority of the rest being Tajik. A small percentage of Hazara (Afghans of Mongolian descent) are also present. Of course, many events have occurred in the 21st century that have affected the lives of Afghans. Locally in New York City, large Afghani mosques have even divided after 9/11 over siding or not siding with the Taliban. While some have returned to Afghanistan with dreams of new opportunities in their country, an even larger number has fled from Afghanistan with hopes of a better life in America. In the 2000 Census, 9,119 people claimed Afghan ancestry. This number climbed to 15,549 in 2013 (ACS). Afghan community leaders estimate their numbers to be at least 50% larger than US Census estimates. I estimate the Afghan Muslim population to number 18,000 in Metro New York. 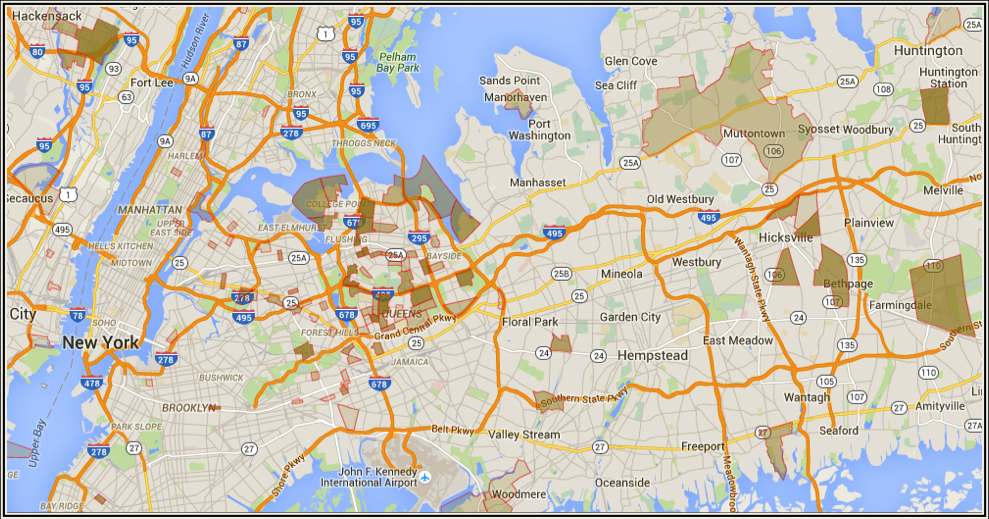 Uzbek
One knows an ethnic group has “arrived” in New York City when they dominate a particular economic or social sector of the city. Koreans have the nail salons and corner groceries. Bangladeshis run the Subways and Dunkin’ Donuts. Yemenis own the delis. Afghans have their KFC-rip-off fried chicken restaurants. The Uzbeks? …high school wrestling. Uzbek migration has proliferated in the last decade to the extent that their high schoolers have dominated the local wrestling scene. The New York Times even featured their growing presence with a story on their community’s wrestling dominance. Around one-half of Uzbeks in the United States live in New York City and south Brooklyn is largely home. The shaded part in Queens in the map below also hosts Uzbek Muslims, but that is the Rego Park area that mainly consists of Jews from Uzbekistan. Uzbek Muslims have doubled in the city in the last decade and the 2013 American Community Survey estimated 27,284 Uzbekistan-born people living in Metro New York. However, a large portion of those are Bukharan Jews from Uzbekistan. Based on community estimates and the growing presence of Uzbek Muslims, I estimate the Uzbek Muslim population to number 15,000 in Metro New York. 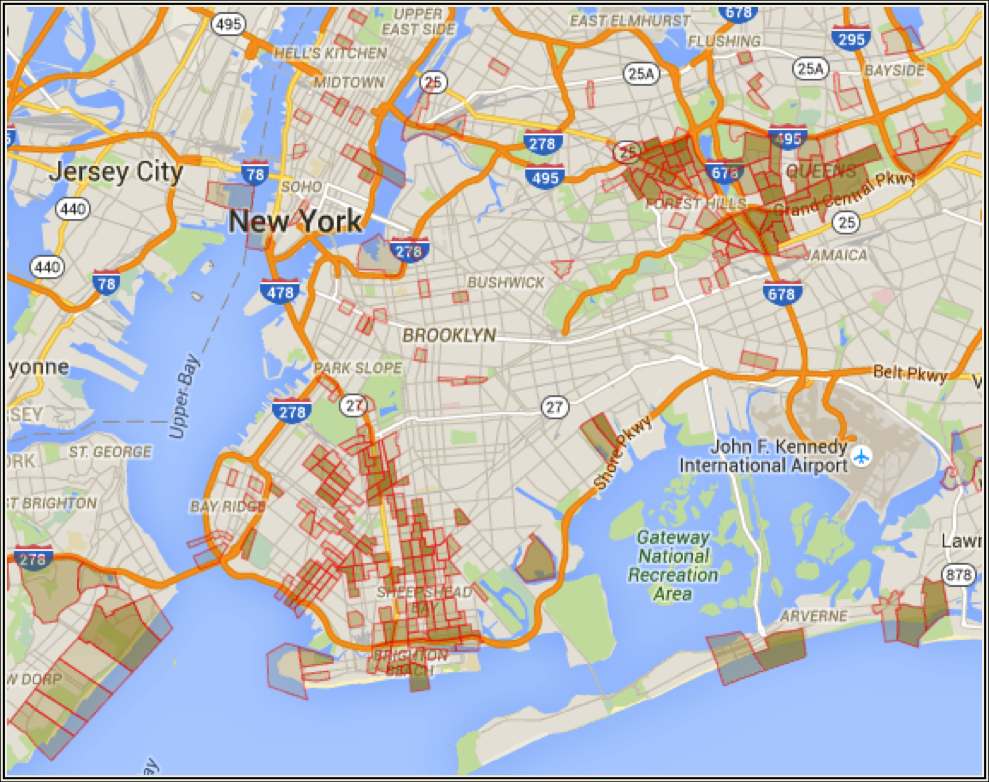 Kazakh
Kazakh Muslims have also been increasing in the city in the last decade. They tend to settle in the same areas as other Central Asian Muslims. The 2013 American Community Survey estimated 3,005 Kazakhstan-born people living in Metro New York. I estimate the Kazakh Muslim population to number 5,000 people today. 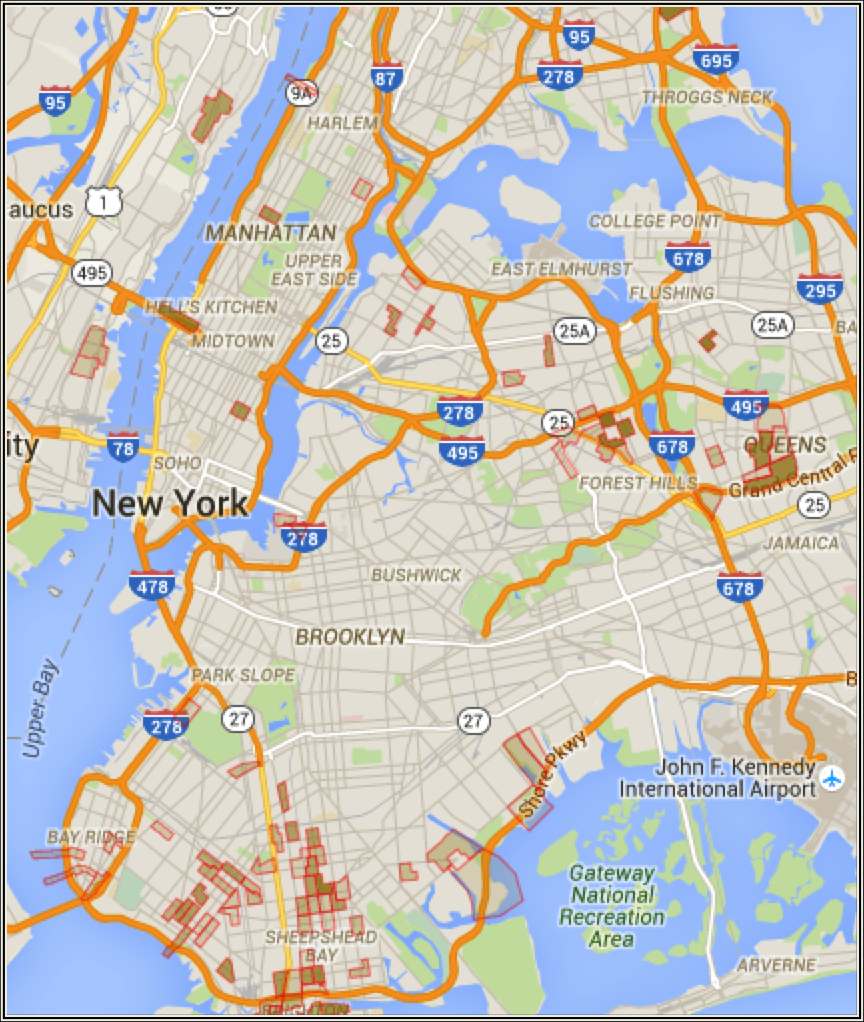