Arabs have a history in Metro New York that dates back to the late 19th century. Syrians arrived in lower Manhattan with few skills and spread out from New York throughout the country peddling sewing supplies and small tools. Arab-run textile factories abounded in places such as Paterson (known as Silk City) and West Hoboken, New Jersey where “80% of Syrian immigrants…worked as silk weavers.” Most of these early Arab settlers were Christians. The Arab American National Museum claims that most 65-70% of Arabs in the U.S. today have a Christian identity. Therefore, around 30-35% are Muslim. For the last couple of decades, most Arab immigrants to the U.S. have been Muslim. However, the recent rise in persecution of Christian minorities in the Arab world has caused a mass exodus of Christians from countries such as Egypt, Syria, and Iraq.

The main Arab concentrations in Metro New York are in Paterson and Jersey City, NJ, as well as Bay Ridge and Atlantic Avenue in Brooklyn and Astoria, Queens. Other Arab areas are developing such as the Van Nest area of the Bronx and just north of the Bronx in Yonkers. Below are population estimates and maps for various Arab groups. 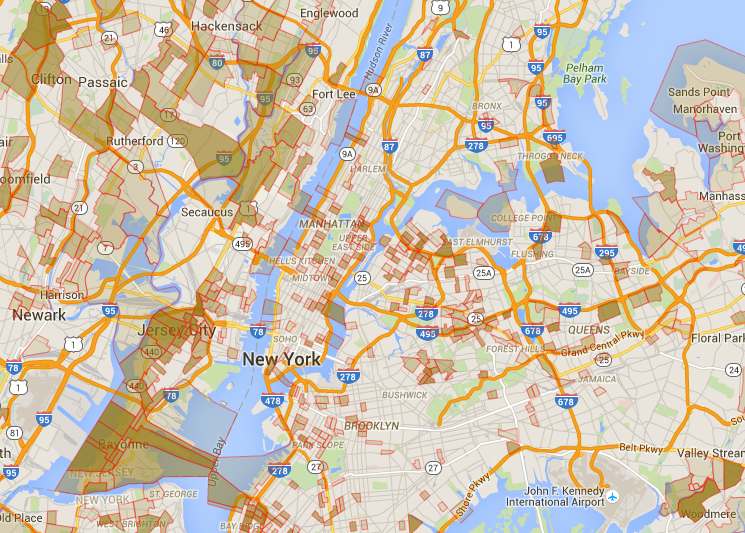 While they jostle for land in the Middle East, both Jews and Palestinians are known as wealthy landowners in Metro New York! Palestinians have been giving a facelift to their Arab enclave in South Paterson, New Jersey by buying and renovating property and extending the boundaries of the historic Arab-American locale. South Paterson possibly has the 2nd largest Arab concentration in the United States outside of Dearborn yet have far fewer Christian workers in the area. Around half of the Palestinians are Christian and half are Muslim. The 2000 census counted 8,383 people with Palestinian ancestry and this increased to 12,481 in 2013 (ACS). However, census respondents are required to write in “Palestinian” under the ancestry category which leads to a gross undercount. Further complications occur in the Palestinian census count due to their emigration from non-Palestinian territories such as Lebanon. I estimate the Palestinian Muslim population to number 20,000 in Metro New York with South Paterson, NJ, Bay Ridge, Brooklyn and Yonkers being the main enclaves. Although Christian Arabs abound in Paterson, the city is also infamously known as the location in which several of the 9/11 Islamic terrorists briefly lived.

New York City is in constant flux. One of the developments over the last decade has been the transition of Hispanic bodegas becoming Yemeni delis—complete with hookah displays in the window. Yemenis are spread throughout the city due t
o their small businesses, but have a large concentration in Bay Ridge, Brooklyn. The American Community Survey counted 13,043 Yemen-born people in Metro New York in 2013. While there is a small Yemeni Jewish population (they even have their own synagogues), almost all Yemenis in Metro New York are Muslim. When including children of Yemeni immigrants, I estimate Yemeni Muslims to number 20,000 in Metro New York. 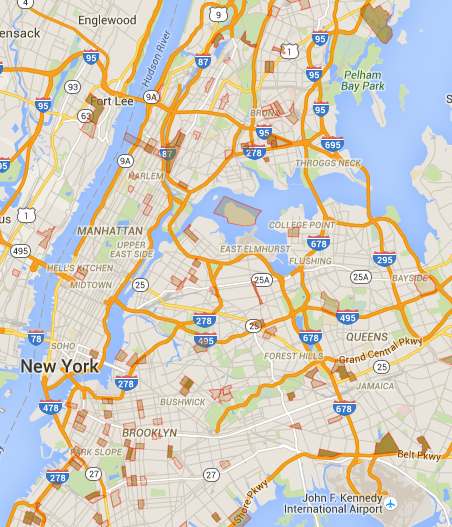 There are a lot of Arab groups to cover! Check the next blog for details on Moroccans, Lebanese, Syrians, and Jordanians.