Reflective of their surging population over the last two decades, Bangladeshis have the highest percentage of taxi drivers in the city. The foreign-born Bangladeshi population in Metro New York nearly doubled in thirteen years, from 49,689 in A.D. 2000 (Census) to 92,335 in A.D. 2013 (American Community Survey). Including American-born Bangladeshis and factoring in community estimates, I estimate the Bangladeshi population to number 150,000 in Metro New York (2nd only to the African-American Muslim population). The map below shows where they are concentrated in New York City (map source: peoplegroups.info). 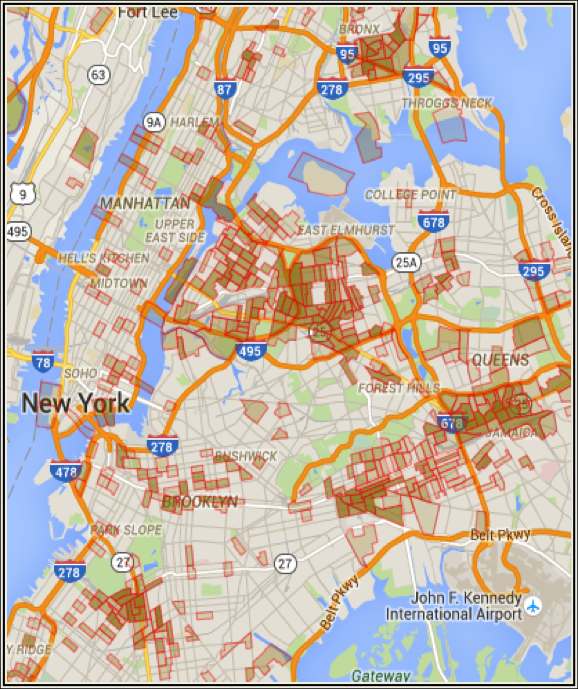 The third largest Muslim population in Metro New York are Pakistanis. While also increasing in number in the 13-year period from 2000 to 2013, Pakistanis increased only 23 percent compared to the 86 percent rate for Bangladeshis. The 2013 American Community Survey estimate for foreign-born Pakistanis in Metro New York is 78,316 people. In Pew surveys of Muslims in the U.S., Pakistanis always make up the largest foreign-born Muslim population. However, those survey results have been skewed due to phone interviews being offered in Urdu (the common language in Pakistan) and not in Bengali (the common language in Bangladesh). Considering the American-born Pakistani number not included in census info, as well as estimates from community leaders, I estimate the Pakistani population in Metro New York to number 125,000. The map below shows their main locations, which are in areas of Brooklyn, Queens, and Long Island (map source: peoplegroups.info). 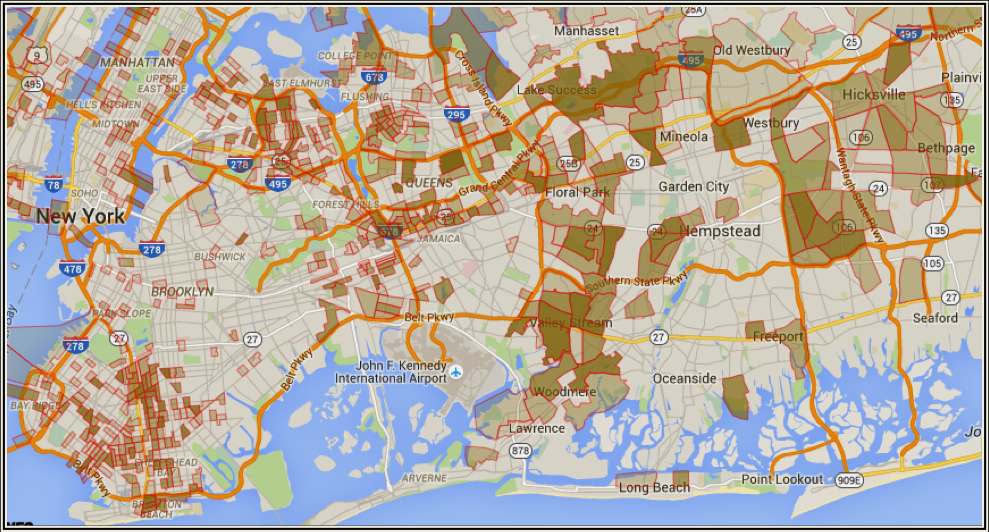 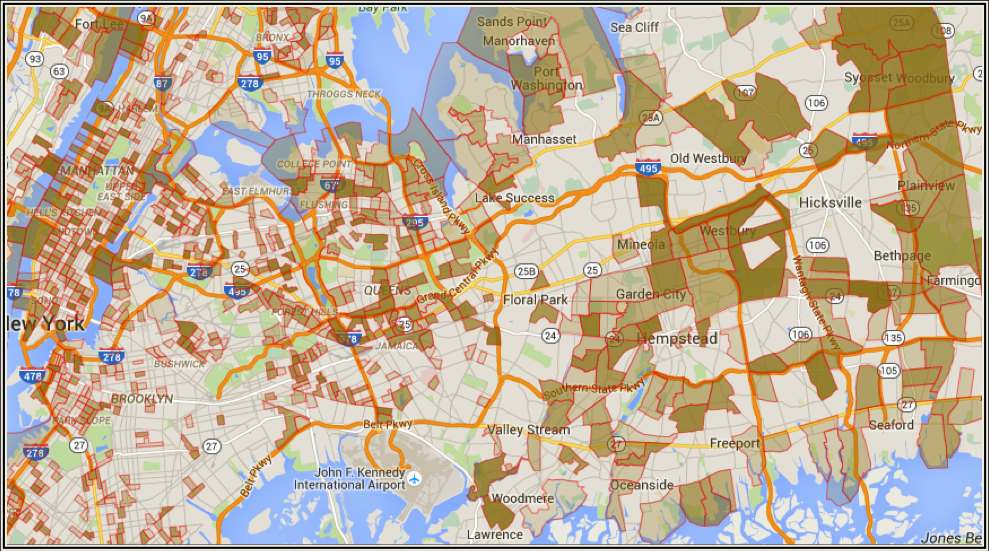